Use code KIDPOWER for one month FREE.

Mass retailers, from Walmart and Target, to supermarkets, drug stores, the dollar/value channel, and wholesale price clubs, have remained open during the pandemic and continue to bring in enormous foot traffic. Customers are not only picking up essentials like food and pharmacy items, but also children’s books, with publishers reporting strong sales across mass channels. Educational and coloring and activity titles lead the way, but increases have also been noted for titles outside of these categories.

NPD Bookscan found that between March 1 and April 4, across all the channels it tracks, unit sales in the activities segment (including coloring and sticker books) rose 32%; the study aids segment jumped 83%; and sales of language arts books for young readers increased 98%. Most bricks-and-mortar retail locations, including indie and chain bookstores, were closed during at least half of that period, meaning that mass channels, along with e-commerce, have been largely driving these trends. 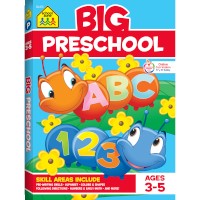 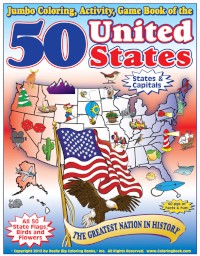 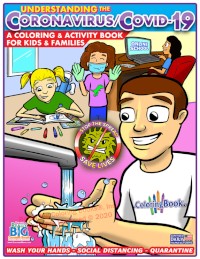 With more than 56 million public and private school students now at home finishing the school year online, sales of educational books to supplement their online activities have spiked. “We’ve had a tsunami of consumption,” said Jonathan Hoffman, president and CEO at School Zone. “The shelves are bare.” He reported that School Zone’s sales at mass are up 88%, with sales bumps extending across all three of its price points, all mass retail channels, and all formats, from workbooks to flash cards. With only a skeleton crew at work, the strong demand has led to a logjam at the point of shipping and receiving. “Replenishment has been a riddle,” Hoffmann said. “Every day we pivot and change.”

Really Big Coloring Books’ retail business typically centers around fun, everyday titles with themes such as dinosaurs or trains, but “there’s been a huge dynamic shift to education in the past three weeks,” according to Wayne Bell, founder and CEO. “Coloring books about the 50 states and the presidents are doing well.” Bell, whose company produces all of its books domestically, has also noticed another trend. “Covid-19 has made people feel very good about U.S.-made products,” he said.

Scholastic has seen its Bob Books, Scholastic-branded workbooks, and reading sets perform well of late. “We’re reprinting as we speak,” said Debra Dorfman, v-p and publisher, global licensing, brands, and media. “Workbooks across the board are through the roof.”

Rosanne McManus, v-p and publisher of the Studio Fun International and Silver Dolphin imprints at Readerlink’s Printers Row Publishing Group, reported that the demographics for workbooks seem to be expanding as parents are looking to supplement distance learning. Titles for pre-K through grade 1 are usually the sweet spot, but recently anything up to third grade is selling. “Anyone with workbooks out in the marketplace is doing well,” she said. 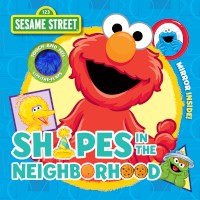 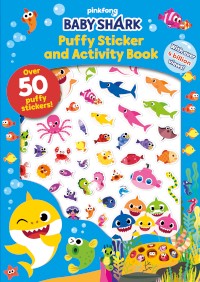 Non-educational coloring and activity books are selling out as well. At Bendon, sales at mass are up more than 150% during the pandemic, versus the same period last year, with success attributable to all of its unlicensed and especially licensed workbooks and coloring books. Typically, certain key licenses tend to drive sales at any given time, but demand during the pandemic is extending to all titles. “It’s not Disney or any theatrical releases—they all are doing very well,” said Ben Ferguson, president and CEO. “If we have a planogram that is up 150%, it’s not just four to five pockets that are driving it. Everything is up.”

Licensed titles seem to be doing especially well in the coloring and activity sector, including some with an educational bent. “Our licensors are helping us,” said Andrew Steinberg, president of the Modern Publishing division of Kappa Books Publishers, which has seen a boost in its licensed educational titles under the Sesame Education and National Spelling Bee brands, as well as its Lisa Frank coloring books. He cited Sesame Street as an example. Licensor Sesame Workshop has had a high profile across social media and online, from offering free subscriptions for e-books to creating content explaining Covid-19 to kids and their caregivers.

McManus also reported that Sesame Street numbers are way up. “They’re on Facebook, Instagram, and the streaming services, and are so active with messages to kids,” she said. “They’ve really been out in front on this.” She noted that there was a big push for the 50th anniversary of the show last year, which probably contributes to the current success as well.

Licensor WWE has provided assets to Little Bee Books—which plans to expand its WWE license at Walmart in the coming weeks—so it can distribute free book excerpts for customers to download, both on Walmart’s website and its own. Such downloads have become a key part of Little Bee’s marketing emphasis since live in-store events became impossible. Meanwhile, sales of the company’s Crayola and Pink Fong Baby Shark licenses have also spiked since the pandemic started. “Our C&A across the board is doing extremely well in mass, especially the licensed C&A,” said CEO Shimul Tolia. 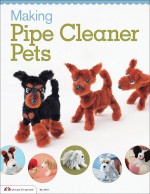 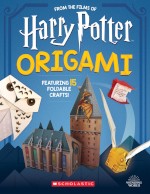 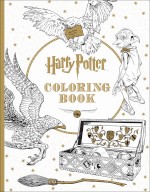 Arts and crafts titles are also rising in popularity as parents look for at-home activities. “There’s very much an uptick in home-based crafts,” said David Miller, president and COO at Fox Chapel Publishing. He reported a spike in demand for some titles that have backlisted for years, such as books on rubber band jewelry and origami. A standout has been Making Pipe Cleaner Pets. “We’re having to suddenly do quick reprints,” he said. “Pipe cleaner animals—when we saw that, we knew there really was something happening.”

Licensed backlist arts and crafts titles are also seeing a resurgence. Examples include Scholastic’s Pokémon: How to Draw and Little, Brown’s Fortnite: How to Draw—both tied to videogames, which have seen a big boost in usage during the pandemic—as well as Scholastic’s Harry Potter Coloring Book and Harry Potter Origami.

The Easter season occurred in the midst of self-distancing, with several publishers saying they saw sales bumps attributable to the holiday. “Easter sales were exceptionally strong this year, with sales of Llama Llama Easter Egg and MadLibs Easter Eggstravaganza up significantly year over year,” said Shanta Newlin, v-p, executive director of publicity and corporate communications for Penguin Young Readers. Who HQ also saw a sizable lift at mass, as did MadLibs in general. “Our sales show consumers are looking for children’s books with educational value as well as boredom busters,” Newlin said.

The Diary of a Wimpy Kid series and Diary of an Awesome Friendly Kid were particularly strong for Abrams leading up to Easter as well, said senior v-p and publisher Andrew Smith. “We’ve always noticed an uptick in sales before Easter at mass,” he said. “Traffic increases dramatically in that channel at that time, as people go there to buy their candy and Easter baskets. It was good to see that behavior did not change this year.”

Fox Chapel has seen a big spike in sales for children’s coloring books, a relatively new and growing business for the company. Miller pointed out a transition from the typical situation, where sales cross a wide variety of themed titles like kittens or flowers, to a focus on a narrower group of titles, all with positive messaging. “When we talk to our buyers, they say parents are not just looking for coloring books and craft books, but a message of encouragement,” he said. “Our sales confirm that.”

One example is Fox Chapel’s Notebook Doodles series by Jess Volinski, with Amazing Me! and Go Girl! being the two top sellers. The company is also fast-tracking its new Ninja Kitties series, by Kayomi Harai, which features positive messaging and character attributes like strength, bravery, and patience. “We think this trend will probably go on for the year and will be more and more important,” Miller said. “We’re pushing these out very fast for mass.” 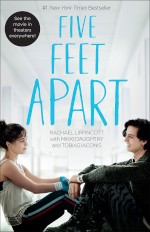 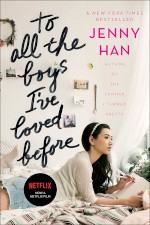 Abrams also reports significant increases in hardcover and paperback titles featuring themes of positivity. Examples include Diary of an Awesome Friendly Kid; Sofia Valdez, Future Prez from the Questioneers series; and the Hello!Lucky board books, My Mom Is Magical! and My Dad Is Amazing! “We’re doing more on social media to highlight titles like these that we feel are resonating, as well as those with built-in at-home activities or educational potential,” Smith said.

Other Abrams books that have seen significant sales increases during the pandemic include the perennial bestselling novelty title In My Heart, along with media tie-ins including the JoJo and BowBow paperback chapter book series and the Little Women hardcover keepsake movie edition.

Abrams’s sales show that the success of children’s books at mass are not limited to the workbooks, coloring books, and arts and crafts titles that are at the forefront. Simon & Schuster Children’s Publishing is another example. Its key categories at mass include board books, middle-grade series, and teen titles. “They’re all up dramatically,” said president and publisher Jon Anderson,. “Reading time has become a big part of family time spent at home.” On the board book side, classics such as Chicka Chicka Boom Boom and the Sandra Boynton books are standouts, while middle-graders and teens are looking for escapism, he said.

Jenny Han’s novels, two of which have been made into Netflix films (with a third to follow), have seen robust sales at mass during the crisis. “It’s just good old-fashioned romantic comedy fiction,” Anderson said. “It helps [readers] get away from what’s going on.” Another teen novel is Five Feet Apart, about two teens in love who both are ill and must stay physically apart in order to live. It was made into a movie a year ago and has been on bestsellers lists ever since. “We’ve seen a big bump in that book in the last two months,” Anderson said. “Five feet apart, get it?”